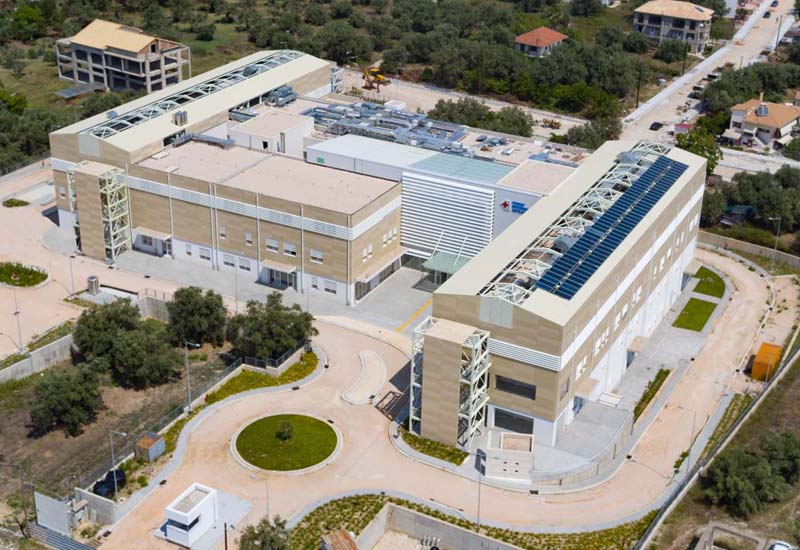 The merger and the creation of a new company that would terminate the fragmentation of competencies for the construction and equipment of public buildings’ infrastructures between different actors, has been ordained by the current needs of the Greek society and economy. A new integrated approach for the creation of public infrastructures is needed to attain optimum results with the most beneficial financial terms.

The main sources of financing for the works of Ktiriakes Ypodomes S.A. are Greece’s national budget and the national programme for investments. Also and very importantly, thanks to the nature and the quality of our works, we are often beneficiaries of loans from the European Investment Bank [EIB, www.eib.org] and our projects are eligible for co-financing of EU funding, such as from Structural Funds.

The company’s mission is to deliver the country’s public building infrastructures in Greece or abroad with the most beneficial financial terms.

Our vision is to provide innovative and novel sustainable public buildings.

Our role is to undertake and supervise the creation of public buildings throughout the production chain.

Ktiriakes Ypodomes S.A. provides the construction of public buildings throughout the production chain, from land acquisition, licensing and design, to public procurement, project supervision and equipment. This is done either directly or through Public-Private Partnerships [PPPs] managed by KTYP S.A. or even bilateral contracts with local authorities.

The company was born from the merger of three existing construction state-owned corporations [see Profile] but our scope of work goes far beyond the competences of the former companies.

The main business activity for Ktiriakes Ypodomes S.A. will still be constructing and equipping schools, hospitals, tribunals and penitentiaries since most needs in Greek public infrastructures arise upon these areas. Notwithstanding, the company’s mission includes construction, equipment and counselling for the creation of public buildings of any other area.